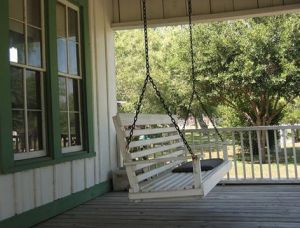 Some afternoons, my butt hurts like it would after sitting for hours on a light brown, wooden porch swing in the middle of July when I could choke on humidity and become covered with stinging welts from mosquitos quicker than fried chicken leaving a platter at a Sunday luncheon at church. It was on those Sunday afternoons, when between the discussion of crickets and the creak of that old swing, the wind would carry upbeat tunes from the city band that mixed with the moisture in the air. What of these old towns, centered around squares with their white bandstands and parks with groaning benches desperately in need of paint? 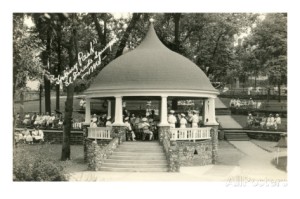 In 1950, the smooth sidewalks catered to those traveling to Nickelodeons and malt-shops. Now they have become cracked by the fatigue of old age. And still, they remain faithful pathways to those still populating the tired city. 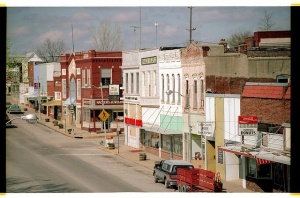 Even now,I hear the announcements, over an old fashioned speaker hanging on a white bandstand, of Sunday afternoon’s repoitiore. But then, I often become delusional sitting in traffic on the capitol beltway on Friday at 5:00 P.M.

But let’s not be too nostalgic; even sitting in rush hour traffic frequently makes my butt start hurting.

← About Mary
That Awkward Moment →